You are here: Home / In the Kitchen / Is Cast Iron a Good Way to Increase Iron Intake?
111
Shares 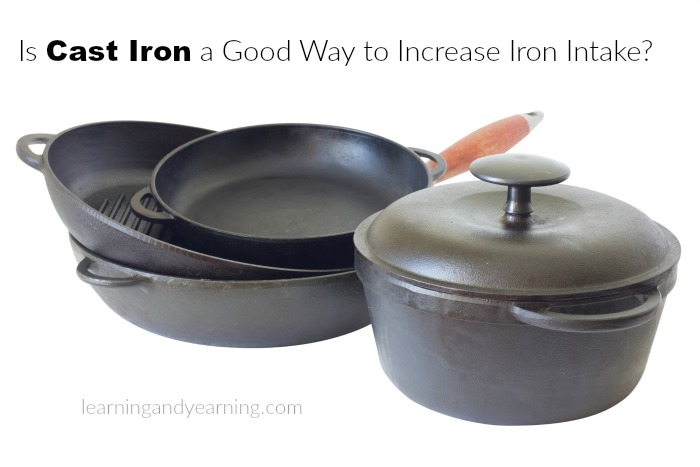 Anyone who has used a well seasoned cast iron pan knows how wonderful they are for cooking, especially for braising and for stews. And knowing how toxic it can be to cook with most non-stick pans, cast iron again looks like a good choice. Article after article touts the added benefit of increased iron in your foods. But, are cast iron pans as safe as they have been made out to be, and are they really a good way to increase our iron intake?

To answer these questions we must first understand the different forms of iron and how our body utilizes them. Iron, like all minerals, has two forms – organic (heme) and inorganic (non-heme). Both forms of iron have the same chemical composition (Fe) but how they are utilized by our bodies are not at all the same. Iron which is found in the soil is inorganic. Plants are very efficient at transforming this inorganic iron into organic iron, a form which our bodies can more easily use. The meat from animals which eat these plants contains organic iron, and is even better utilized by humans than plant sources.

It’s Proven that Cast Iron Increases Iron in Food, But Can We Absorb It?

In 1986, a test was conducted where foods were cooked both in cast iron and non-iron pots. 90% of the foods cooked in the cast iron had significantly more iron in them (up to 20%) when analyzed than did foods cooked in the non-iron cooking utensils. Foods high in acid contained the most iron when cooked in the cast iron. Most articles that promote the use of cast iron proclaim this increase in iron in the food as a benefit. What the study did not address was whether the iron was able to be absorbed into the blood stream in a functional way.

When inorganic (non-heme) iron is ingested the best case scenario is that it will be eliminated in the stool. This is why inorganic iron supplements turn the stool dark and often cause constipation. Our bodies cannot easily break down this form of iron because it is a metal. Organic iron (heme), on the other hand, does not darken the stool.

Any inorganic iron that is not assimilated or eliminated will remain unused in the body’s tissues. These deposits can lead to disease such as kidney or gall stones, arthritis or hardening of the arteries. While studies show that inorganic iron can be absorbed into the blood stream, this process is not without side effects and cautions. It is extremely important that the stomach contain acid to dissolve the iron. Iron supplements may interfere with other medications and many foods inhibit the absorption of the iron. The supplements are toxic to children and extreme care must be taken to keep them away from little ones. Gastrointestinal side effects are common and can cause irritation and make colitis or Crohn’s disease worse. Excess iron from supplementation can even cause organ damage. Remember, the form of iron in these supplements is inorganic (non-heme), the same form of iron found in cast iron pots and pans.

But I Love My Cast Iron

I have been a huge fan of cast iron for years. We were given old pans years ago and they are so well seasoned that nothing sticks and clean up is a breeze. I also enjoy cooking in our cast iron Dutch oven outdoors at our cottage. I have been wondering, for too long, if this is really a good form of iron for our body and if using the pans as much as I do is a good idea. So I have finally been researching and have asked my nutritionist about it. She says that “inorganic minerals displace organic minerals at receptor sites and must be detoxed before being replaced with organic minerals”. Yes, I’m groaning. Asking me to give up my cast iron is like asking me to quit coffee. (Yes, my nutritionist thinks I should do that, too. She otherwise heartily approves of my food choices).

So, what will I do? Will I totally give up cooking in cast iron? The 1986 study I mentioned earlier had one bit of good news. Foods cooked in well seasoned cast iron increased in iron at a much lesser amount than those cooked in cast iron that was not well seasoned. Phew! So, I will use these pots less. I’ll still use our Dutch oven at the cottage once or twice a year. And I’ll stop using cast iron if the food has tomatoes in it (I liked to make chili in my cast iron), or anything else acidic since the highest amount of iron was found in acidic foods. I’ll wean myself. Baby steps, right?

I do have stainless pots and pans and I’ll be researching what else I can use. I like the idea of enameled cast iron. What kind of pots and pans do you use? 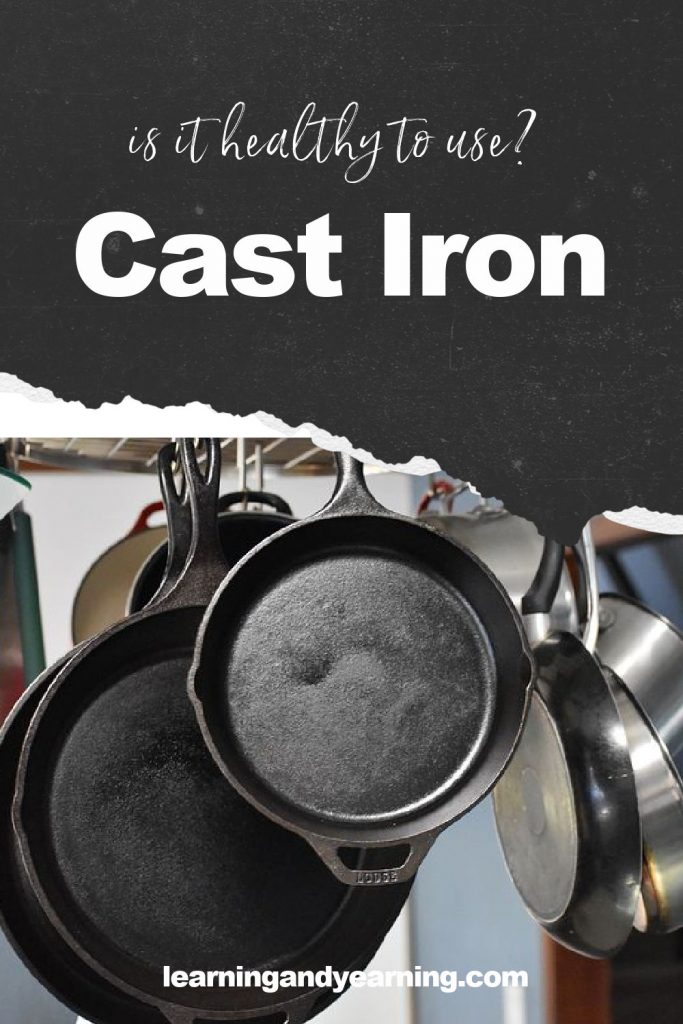 Iron: The Most Toxic Metal