You are here: Home / Organic Gardening / Experimenting with a Cover Crop in a No-Dig Garden 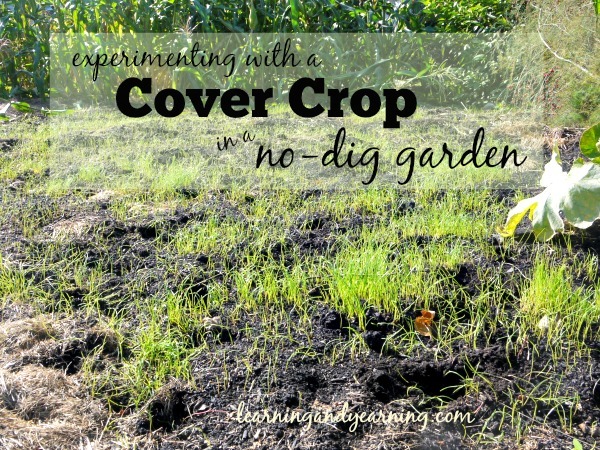 Why I Haven’t Used Cover Crops in the Past

One of the most important things to me as an organic gardener is to build healthy soil, so that I can have healthy, nutrient-dense produce. I’ve found that a great way to do that is by building no-dig, lasagna style garden beds.

Cover crops have interested me because of their ability to revitalize soil, but I’ve never actually planted a cover crop because of the recommendation to till them under in the spring. I’m pretty adamant about not wanting to till my garden – here’s why.

I’ve not been able to find a lot of info about using a cover crop in a no-dig garden. As I’ve thought it out, though, I’ve realized that if I planted an annual, rather than a perennial crop, and if I cut it down in the spring before it went to seed, and left it right there on top of the garden, it would act as a mulch.

And that’s why I’m now experimenting with using a cover crop in my no-dig garden.

As I mentioned, it was important that I choose an annual cover crop for my experiment. A perennial cover crop would be killed when it’s dug in, but to just cut it as I’m planning to do would allow it to continue to grow. But I still wasn’t sure which cover crop to use.

Soooo, I did the smart thing. I talked to someone who would know. In this case, that was Noah at The Urban Farmer. Noah recommended annual ryegrass because it: 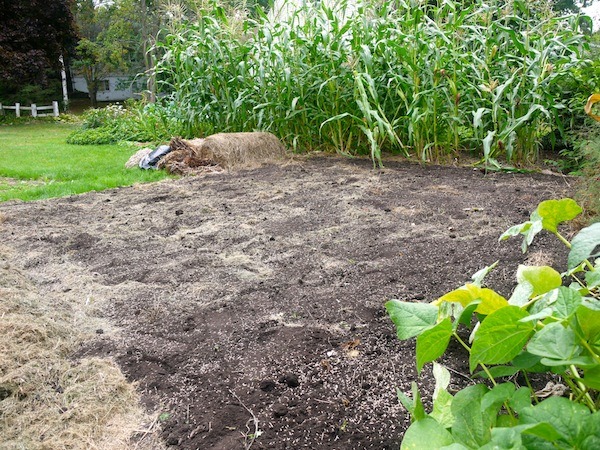 How to Plant Ryegrass

So, I ordered a pound of annual ryegrass from The Urban Farmer and got busy planting. We had just started a new area of garden using the method I teach in my eBook The Art of Gardening: Building Your Soil. But instead of topping with a few inches of wood chips as I normally would, I planted my ryegrass.

I made sure to get the seed planted at least a month before the first killing frost for my area. In the spring, I’ll be sure to cut the ryegrass down before it goes to seed so that I don’t create a weed problem.

One pound of ryegrass is enough to cover 1000 sq. ft. The area I wanted to cover is only 18′ x 18′, but I went ahead and used the entire pound. I just sprinkled it on top of my prepared bed (the top layer here is composted leaves) and lightly raked it in. I watered every few days and in about 8 days, I began to see the ryegrass sprouting. 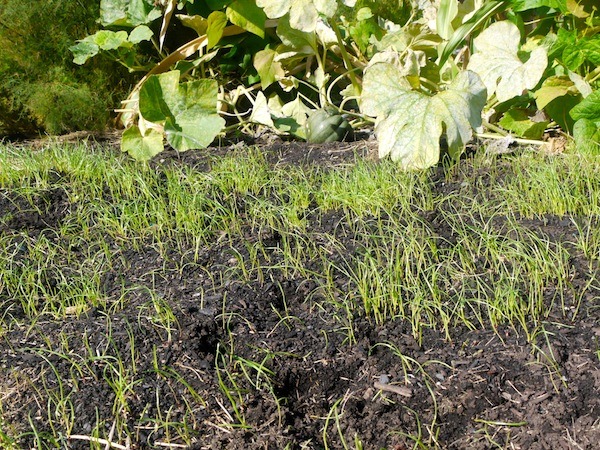