You are here: Home / Organic Gardening / 10 Great Benefits of Using Alfalfa in Your Garden
1.6K
Shares 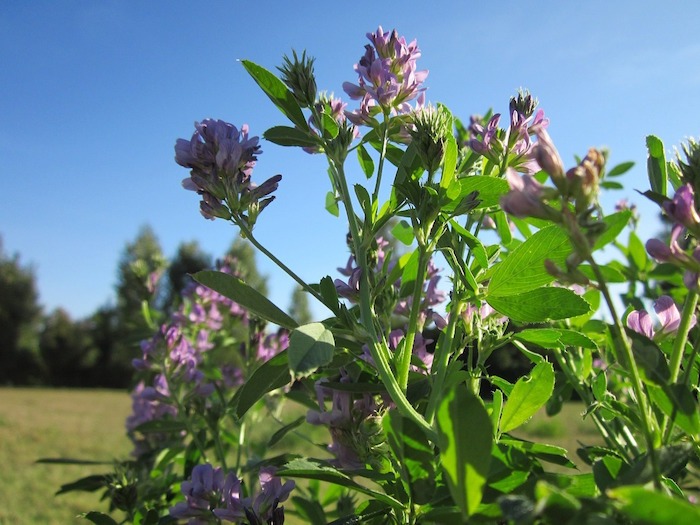 Using Alfalfa as a Supplement in Your Garden

Alfalfa, a perennial flowering legume, is mainly known as an animal feed. But I love it because it there are so many benefits to using alfalfa in the garden.

It can be used in any of its forms:

This plant is just one of those all around good guys! I don’t garden without it.

Here are 10 great benefits to using alfalfa in your garden:

Alfalfa is a good source of nitrogen, along with several other minerals including:

The N-P-K ratio for alfalfa is approximately 3 – 1 – 3, depending on its source.

The microorganisms in your soil love alfalfa because of the protein, amino acids, fiber and sugars in its stalk – items they need to thrive. Alfalfa hay has an almost perfect balance of carbon to nitrogen (24:1) which soil organisms require.

Alfalfa contains triacontanol, a hormone which stimulates the growth of plant roots, enhances photosynthesis, and increases beneficial microbes which help to suppress many soil-borne diseases.

Alfalfa actually takes nitrogen from the air and holds it as nodules on its roots, a process called “nitrogen fixing”.  This nitrogen becomes available in the soil for other plants to use when the alfalfa plant is cut down and its roots are left in the soil, or when the plant is turned into the soil.

A study in Italy showed that alfalfa pellets significantly reduced infestation of root-knot nematode on tomato plants, and cyst nematode on carrots. As an added bonus, yields for both tomatoes and carrots were increased in comparison to the control groups.

Because of alfalfa’s sponge-like ability to absorb and hold moisture, it helps plants grown in that soil to be more resistant to periods of low rain.

9. Is a Dynamic Accumulator

Alfalfa roots reach down into the sub-soil up to 8 feet, bringing valuable hard-to-reach nutrients up to the soil surface where they are stored in the leaves of the plant. Using the cut alfalfa in your garden and compost adds these nutrients to the upper layers of your soil where other garden plants can use them. Alfalfa is particularly good at bringing iron to the surface, a micro-nutrient needed for chlorophyll synthesis.

Leaving garden beds bare in the winter exposes them to the harsh elements of weather. They should always be mulched, or a cover crop should be planted. Also known as “green manure”, cover crops are generally planted in the fall and then dug into the soil in the spring to improve soil. The crop may also be cut down at the soil level and used as a mulch, rather than digging it in. All of the above benefits would apply.

Where to Get Alfalfa

Alfalfa, unfortunately, can be difficult to find organically grown, although it may be found here in 20# packages. It is sold as animal feed, but may be used as a garden supplement.

The bales of alfalfa found at stores such as Tractor Supply are genetically modified. Because of this, we are growing our own small patch (approximately 15′ x 15′) of alfalfa to use as mulch. Alfalfa can be cut about 3 times each summer, and each cut goes to a different area of the garden, since there is not enough to cover the entire garden in one cutting.

What ways have you used alfalfa in your garden? Did you find it beneficial?

Lasagna Gardening: an Easy and Productive Way to Garden

Your Guide to Raised Bed Gardening

10 Strategies for Weed Control in Your Organic Garden

Using Wood Chips for Mulch: What to Use and What to Avoid

6 Simple Steps to Planning a Vegetable Garden Each Year 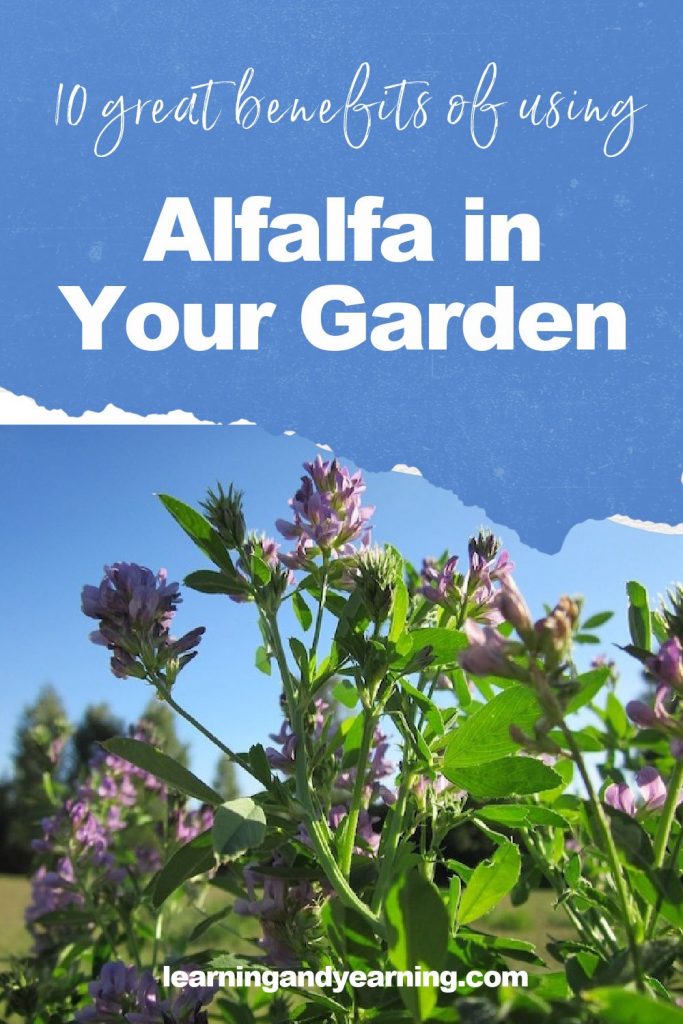